In an age of immersive online gaming and seemingly unlimited access to information, many crafts and activities which used to be seen as an integral part of childhood have taken a back seat. Traditionalists may grumble, but it cannot be denied that when youngsters use these readily available technologies, they are being trained for the world they will live in. After all, what modern career does not demand at least a basic level of computer literacy? If future generations are to make the most of the information age, they must be equipped to communicate and create in the style of the times.
A century ago, the skills children picked up from playtime activities were very different. Practical toys such as construction kits taught the basics of engineering, and outdoor games meant they could exercise, express themselves, and learn to solve problems. One of the most educational hobbies youngsters could pursue was the construction and operation of a model railway set.
In those days, rail travel and haulage were still very much part of daily life for many people. Few families owned cars, and the train was sometimes a better way to travel even for those that did. Young boys - and sometimes girls too – would thrill at the sights, sounds, and exotic possibilities of busy railway stations. Reproducing the excitement in the form of a model revealed why the concept was so engaging. To build a functioning model railway, you had to overcome many of the same hurdles as the famous engineers who built Britain’s rail network, and develop skills along the way: engineering skills in the construction of locomotives and rolling stock; design skills to make a layout which would work; organisational and communication skills to devise a timetable which would run smoothly.
They world may have largely moved on from those times, but the lessons learnt are still pertinent today. Dedicated enthusiasts from up and down the country still pursue their model making dreams, and extol the benefits of the hobby. For anyone interested in creating a railway model Walsall Model Industries is a company you should be aware of. We have been making precision parts for modellers for decades, and we have seen the benefits which come from this fascinating and creative hobby. When you build an 0 scale railway model Walsall Model Industries can supply high quality cast part which will add authenticity, and also kits so you can build up your collection of rolling stock.
One of the things you can learn from the model making process is attention to detail, and 0 gauge models are ideal for that. ‘The greater the scale, the greater the detail’ as they say, and for an 0 scale railway model Walsall Model Industries supply highly detailed accessories which will fit right in. Now every railway model Walsall hobbyists make can have the same level of detail as a professional layout.
To learn more about products available for your railway model Walsall engineers can be contacted here. 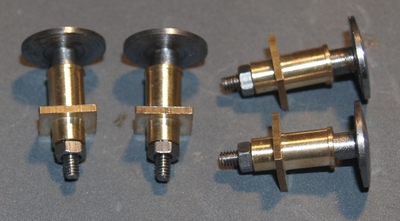